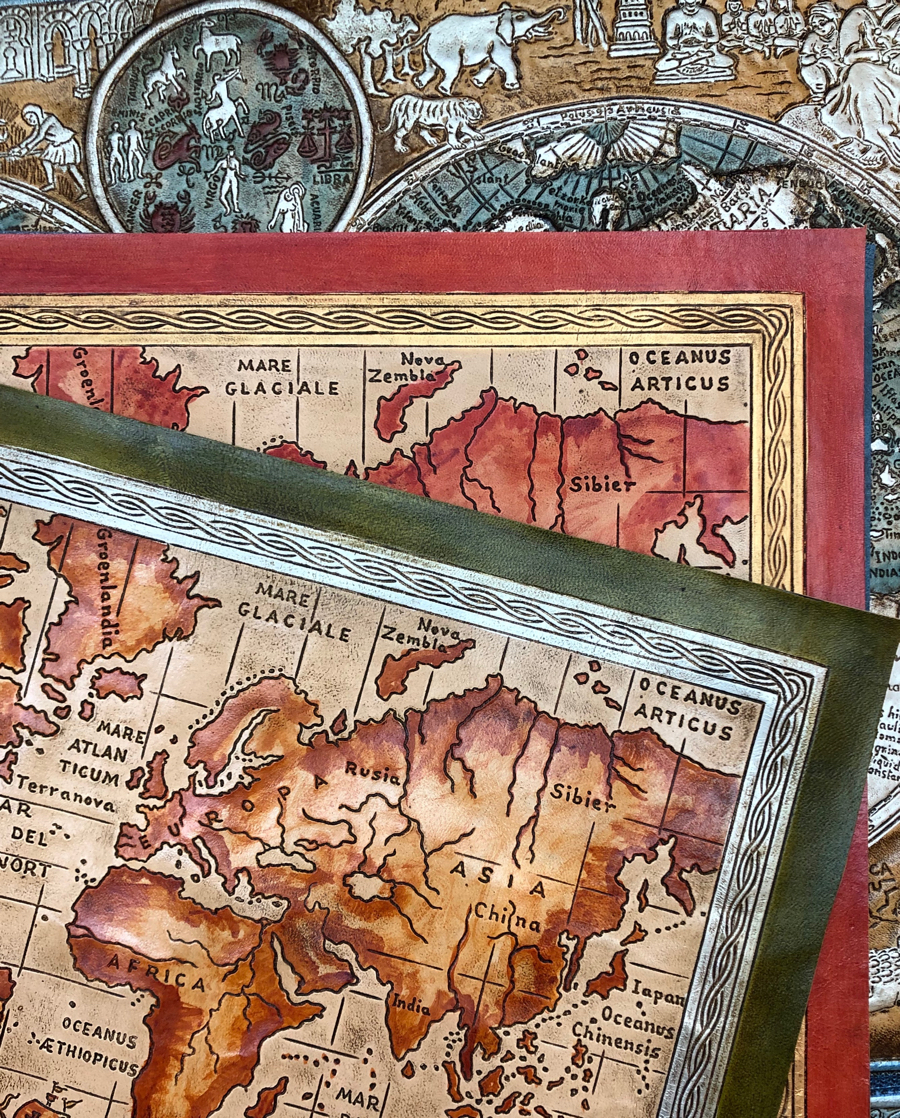 The Man is a tireless wayfarer... since its inception people felt the urge to know and understand their environment, explore it and expand their horizons as well as maintain and pass this knowledge on to the future generations.

Initially, in Prehistoric times, they depicted schematic lines in rocks with the main landmarks for the best hunting areas. It was the way to ensure the subsistence. Later on in many different and remote civilizations as the Egyptian, the Babylonian or pre-Columbian, all those simple lines and diagrams in rocks became more complex representing real and imaginary places mixed together using fabrics, fur or papyrus to “print it on”. Thousand years later, the maps became in real maritime and trade routes handbooks or furthermore, clear references to new places to conquer.

Always go beyond the known, transforming the herculean idea of “Non terrae plus ultra” (there is no land beyond) into the searching of new paths even beyond the stars.

But the origins of cartography and mapping as it is today are in Ancient Greece, then they used a method closer to a scientific one. They depicted a spherical Earth, more realistic even using meridians. Prominent personalities such as Ptolomeo were the references for more recent cartographers.

We understand the world maps not only as an art but also as a valuable witness of human evolution and its worldview and cosmogony. The world maps depicted the real known world and its geographical features but also represented allegories figures, constellations, gods and fantastic creatures. After all… they show us the searching for our cosmic origen, the Human existence itself, the representation of light (the known world) and darkness (the unknown world).

So that, we considered the beautiful idea of discovering our own world through the history of cartography, contemplate how new countries and new continents “arise” in front of our eyes thank to the maps depicted by sailors centuries ago. 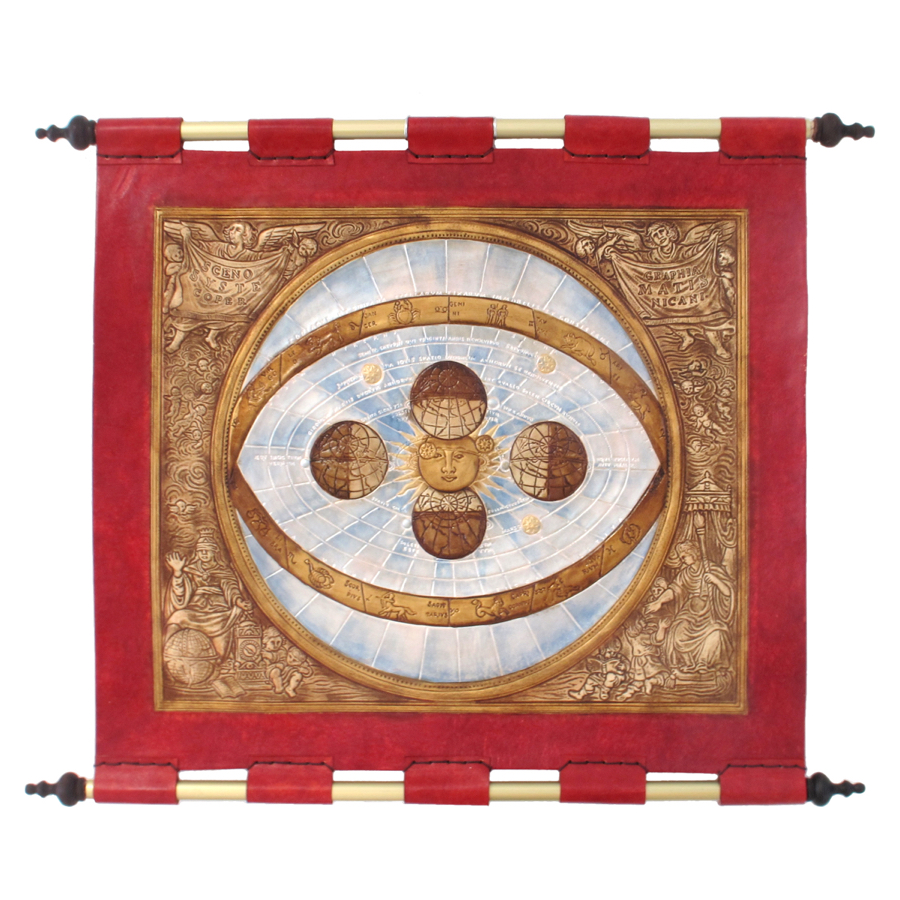 We selected for our workshop Jan Baptista Vrients’s world map, that showed for first time Korea in 1595. We decided to enrich and reinterpret his map from five centuries ago by adding more recent monuments. 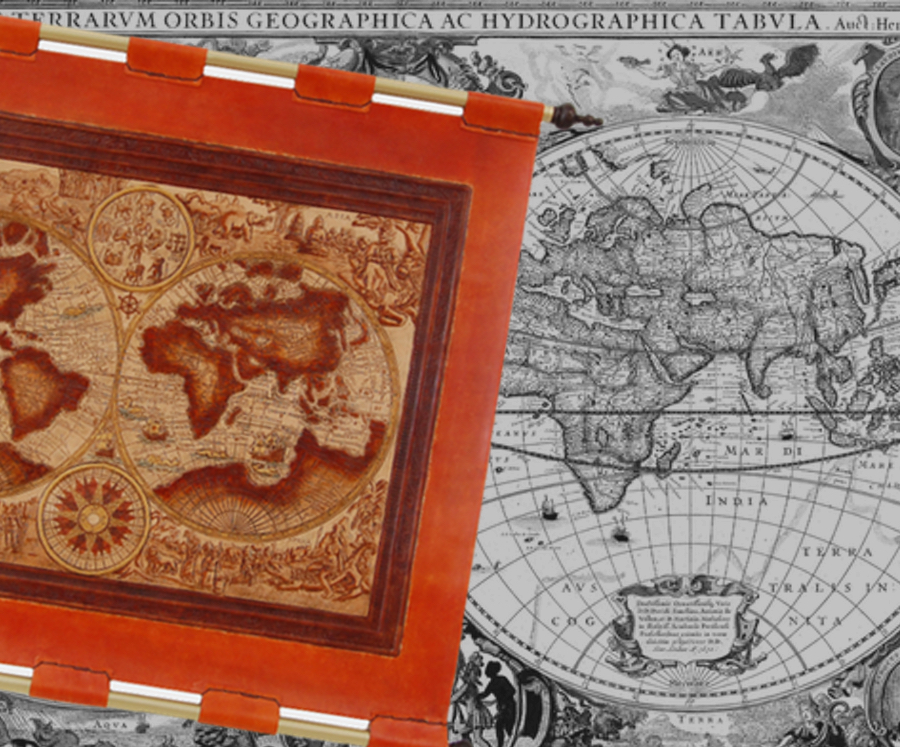 Our workshop also replicate Kaerius’s Atlas, he was a cartographer in 17th century. His Atlas was named as “The Theatre of The World” and it was a 53 maps compiled by Ortelius but created by different navigators through the centuries. 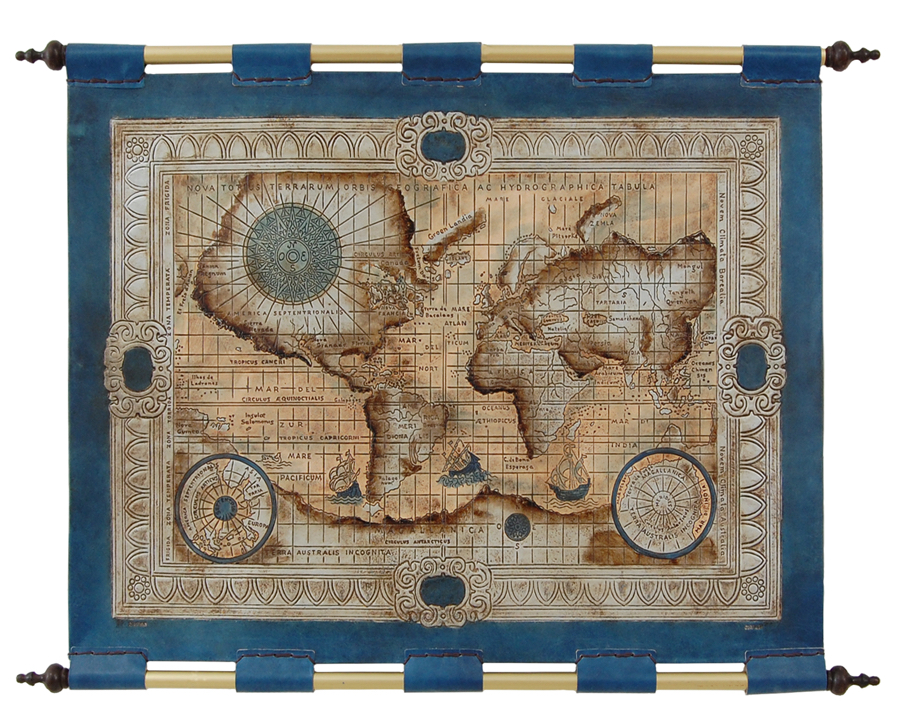 It was for us a lovely and challenging task to capture all the beauty of The Earth through the eyes of the former cartographers. Tapestries, jewel cases, covers and a new handbags collection inspired by the humankind’s relentless pursuit of new beginnings and new paths... 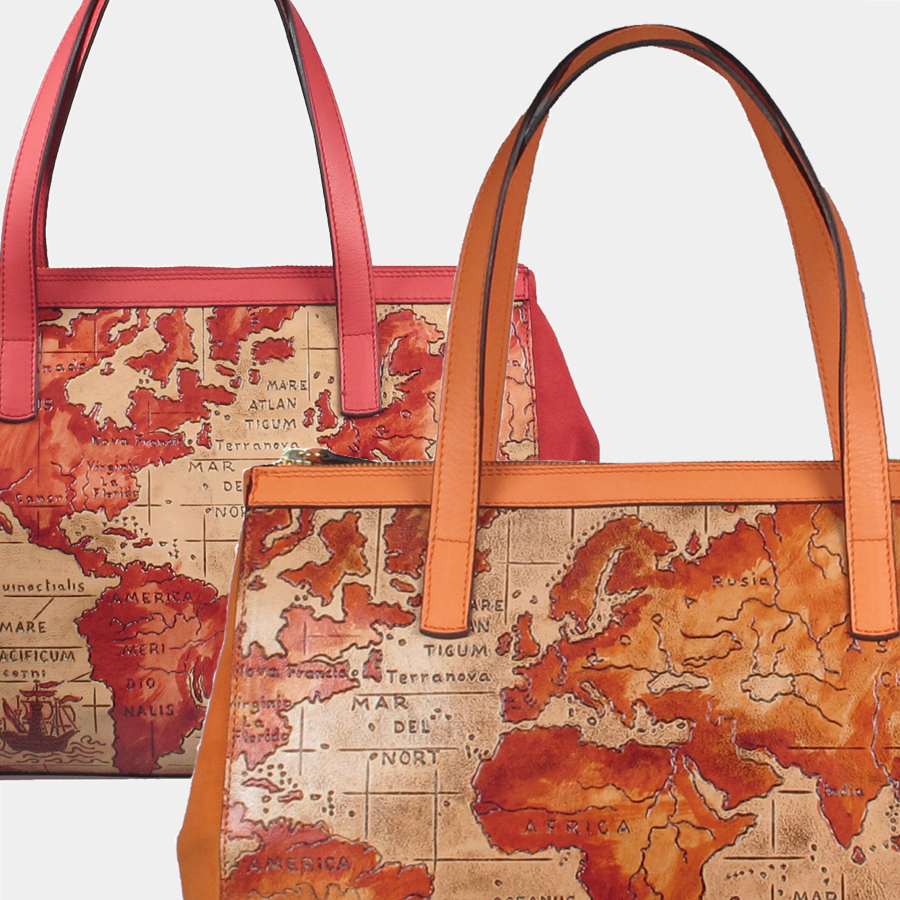 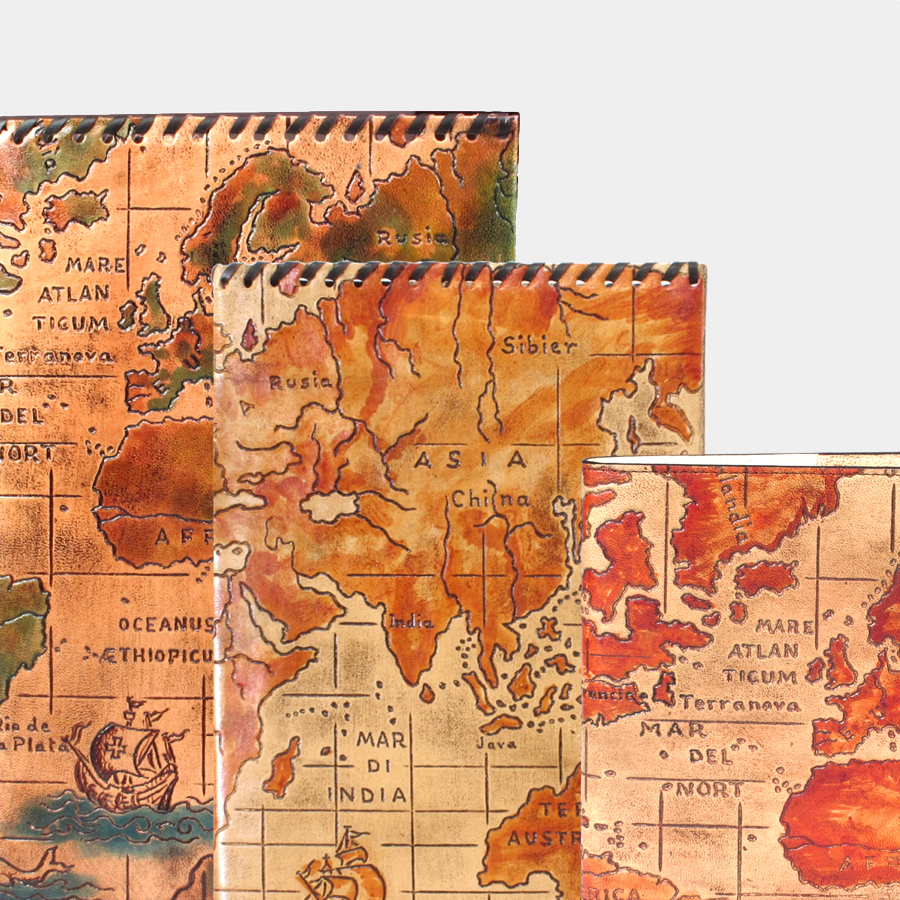 5 best-selling products so you can surprise someone this Christmas.

Every year in mid-june the Hispanic-Arabian garden flourished in white flowers of Arrayán at Madinat- Al-Zahra and still happen after eleven...