When a tradition or an object is held somewhere over the centuries as part of a cultural identity, sometimes their true history can fade away.

This is the case with one of the most popular objects in our tangible heritage: The Cordovan Leather (cordobán).

Some people in Cordova often wrongly refer to the official stamp of this city as “cordoban”, since it has been depicted in this technique many times.

So today we are going to clarify certain ideas about the cordovan leather (cordobán), that almost became in a designation of origin, representing the whole for one of its parts, including all kind of leather productions.

We begin by the obvious, we define it as the way of tanning and working the leather by using different techniques as embossing, engraving or incising. It was used in a wide range of everyday objects; trunks, casquets,harnesses, shoes, belts or gloves. 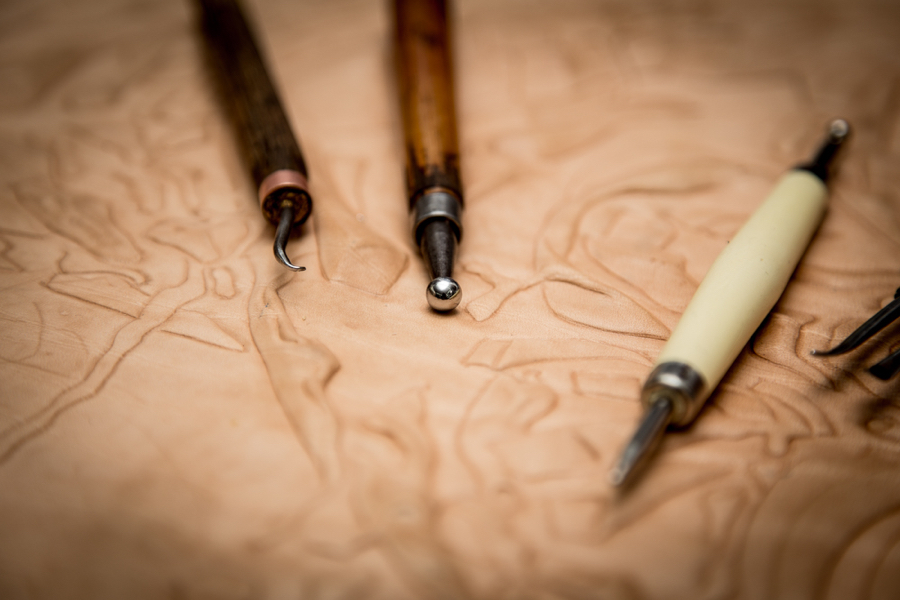 The raw material is the male or female goatskin and the best appreciated tanning agent was the Sumac bark. The Sumac is a bush very common in our Sierra Morena mountains and highly valued for its tannin, a substance or an agent that gave the skin not only great softness but also a high resistance. This particular feature is very significant since unlike the guadamecil, the cordoban use was more practical rather than ornamental. Moreover the sumac provided high pigments stability. The cordoban can occasionally be soberly decorated but can never be metalised with gold or silver leaves. That kind of metallic decoration is unique for the guadamecil.

The origin of the term “cordoban” is in the same name of Cordova, where its production gained great prestige both in and outside the country. Its background is Hispanic-Muslim because although such leather crafts were already present in Cordova during Roman and Visigothic periods, was in the 8th century, under Muslim government, when the production flourished and both, native and arab, techniques brought by muslims mixed together creating a new, particular and personal art. In the 10th century the cordoban began to replace, for hygiene and durability reasons, lots of everyday objects made in other materials. The famous musician Ziryab in the 9th century was used to using them as tablecloths more hygienic than wood tables. 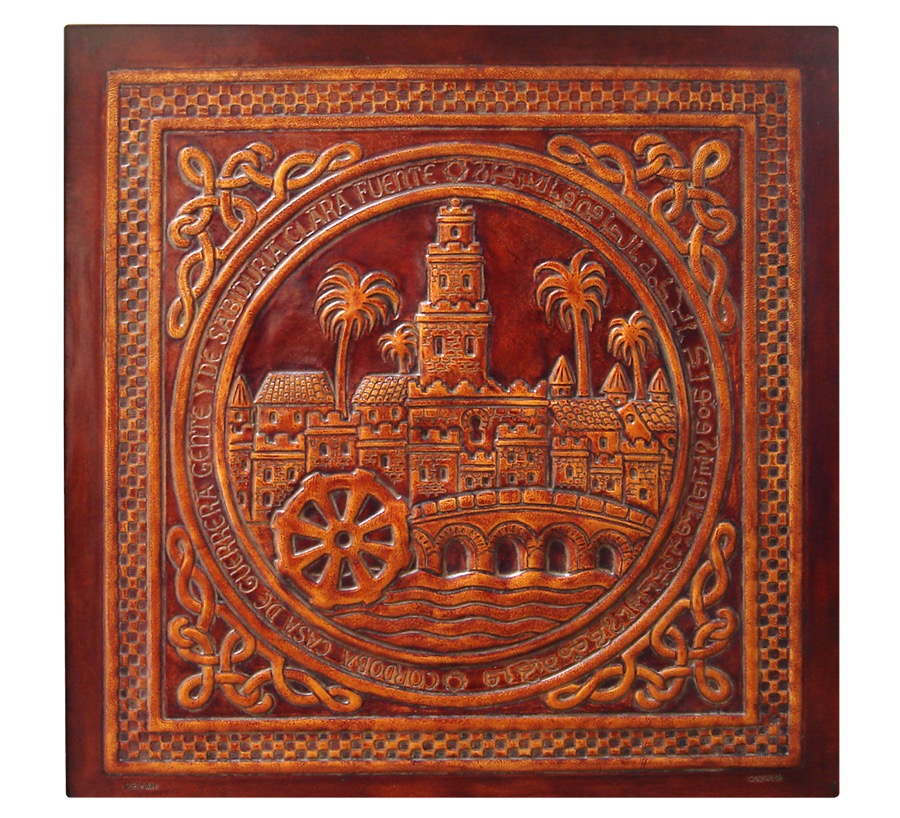 Later, the christians continued the production and exports, especially during the 16th and 17th centuries, and also was required a export regulation to Europe and America in order to avoid shortage and increasing the costs in our country.

It is precisely the written sources from Europe, Middle East and America that started the trend to name as cordoban the whole range of leather production. Although this was not accurate, it gives us an idea of its international appreciation.

Every year in mid-june the Hispanic-Arabian garden flourished in white flowers of Arrayán at Madinat- Al-Zahra and still happen after eleven...